Roscoe is an exceptionally large mastiff. He's not very bright and is terrified of loud noises (like combat), but he's very gentle and loyal. No one owns Roscoe. He's his own dog, but he'll stay with the party through any hardship. Roscoe loves belly rubs and pets, thinks he's a lap dog, and he will slobber on you. 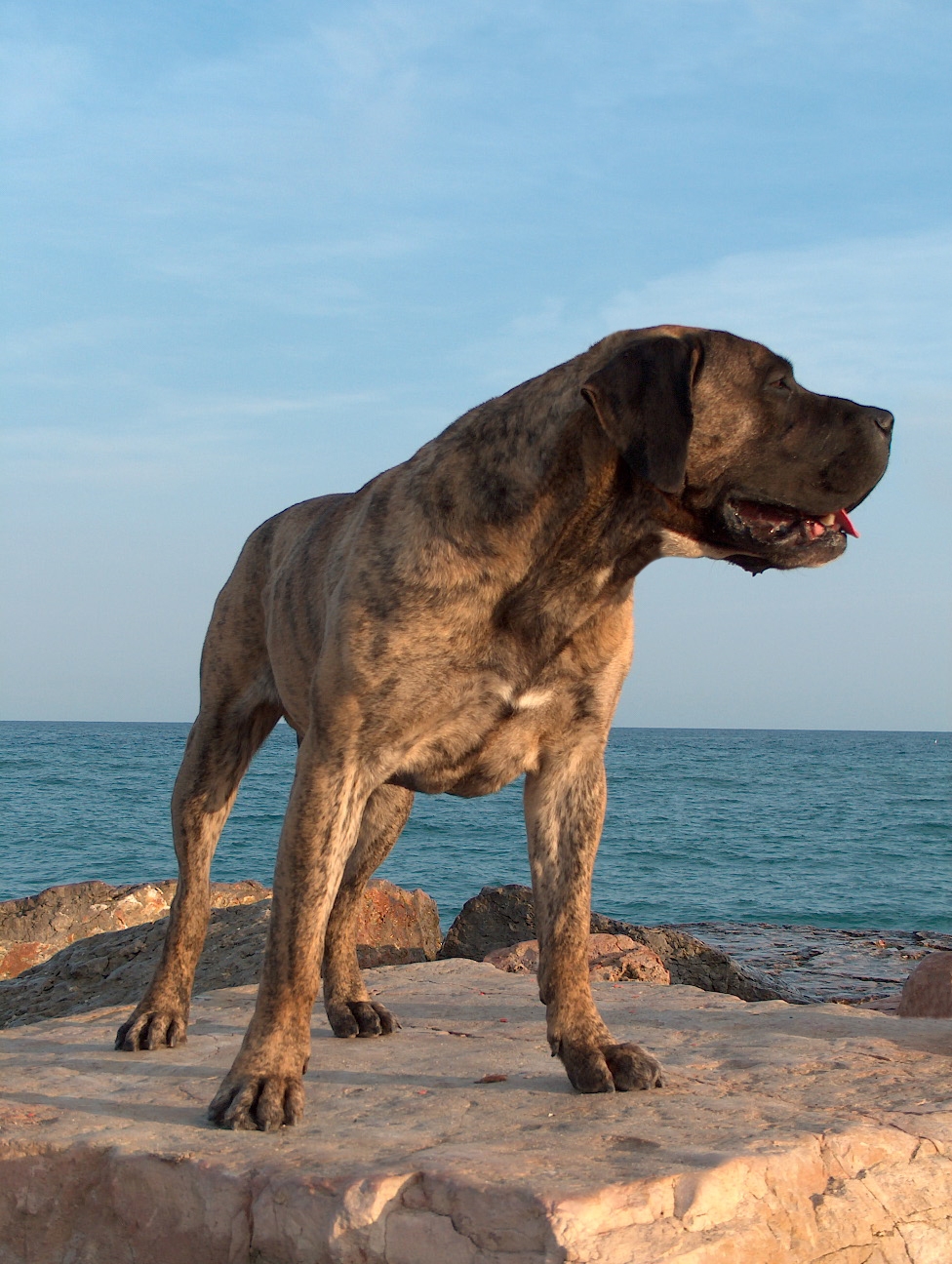 Roscoe's solid presence and encouraging boofs give an advantage to saves against fear. He won't fight but he'll stand by and bark supportively. He won't let himself be hit by enemies and he won't abandon his people.

His keen senses let him detect threats and alert friends with a warning boof. The party can't be ambushed while Roscoe is with them. If there's an opportunity to hide, the party can use Roscoe's warning to prepare and get a surprise round against approaching enemies.

"Roscoe? What are you eating? What's in your mouth?! Roscoe! Spit it out!"

Roscoe has a habit of rooting around and scarfing down random things. Occasionally he throws them back up. When the party stops for a rest or runs into an obstacle there's a 40% chance Roscoe will throw up something unlikely, but useful, he's eaten. It will be completely spit-covered.

When bringing up an item, Roscoe makes audible horking noises that may alert nearby creatures.

(Roscoe is originally from an item I contributed to a list of d30 followers in the OSR discord.)